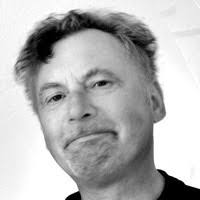 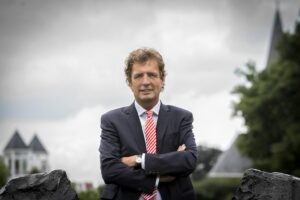 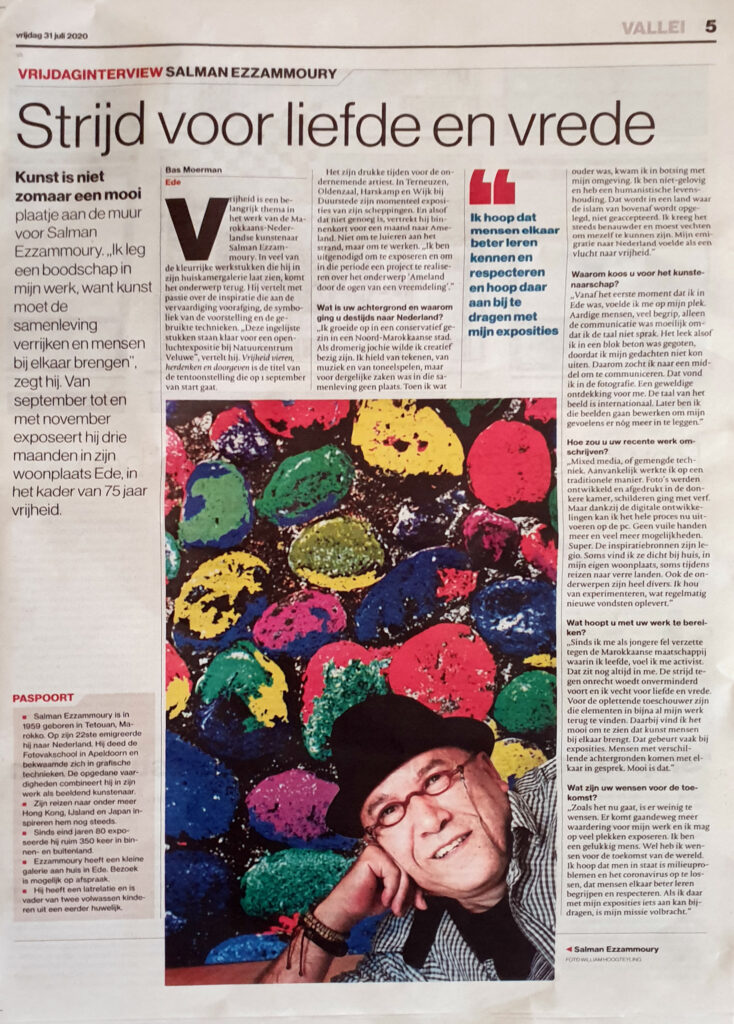 "FREEDOM; celebrate, commemorate and pass on” is the full title of the outdoor exhibition of the artist Salman Ezzammoury (from Ede, NL) in this turbulent year. He has previously shown that he does not shy away from major and socially relevant themes. In a joint project with Laurens van der Zee in 2014, both focused on the personal confrontation with the Holocaust Memorial in Berlin. A risky business, where you could quickly learn about the horrors of the subject.

But by tinting earth-shattering events with personal stories, new insights eventually emerge. This also applies to an exhibition, which requires reflection on the concept of freedom. Because the need to live and think freely can be seen as a common thread in the life and works of Salman Ezzammoury, it prompted him to leave his native country as a youth and settle elsewhere.

It was in Ede, the Netherlands, where he specialized in photography and graphic techniques, and where he established himself as a visual artist. For Ezzammoury, freedom is not only the lack of coercion and oppression, but a crucial, basic, condition for one to develop as a person. The space for the individual to breathe fully. Freedom also means that you have to be able to leave certainties behind to investigate the unknown. Ezzammoury paraphrases Gandhi's statement, "Freedom is not worth having if it does not include the freedom to make mistakes.. or to wander”

Salman is a passionate artist. This is evident from the driving force behind his productivity, which takes him from theme to theme. With an unrestrained hunger for new experiences. This passion led him to faraway places to work and meet people. He chooses to encompass the bigger picture; to engage with the global network of art practitioners, who act as bridge builders to connect the gap between the familiar and the exotic.

Celebrating, commemorating, and passing on the greater good, which is freedom, is the common thread in Salman’s exhibition in the botanical garden of the Nature Centre Veluwe. From the awareness that freedom is never a given and is always under pressure; that freedom must be constantly fought beyond nationalism, world rulers and religious fanatics. However the works that Ezzammoury is showing this time also show a newly acquired freedom in the application of diverse techniques.

He paints with colour and light and adapts the form of his compositions so drastically that they appear almost abstract and as such can carry a more general charge (message?). With references to current events and conflicts we can commemorate, and view critically, historical facts once more. Above all, however, in the works of Ezzammoury joy reigns in the celebration of freedom. A celebration of swirling colour, in which we can imagine waving flags. And hands that reach out hopefully for the promise that carries freedom. Precisely at this time, when the coronavirus is forcing us to exercise self-discipline and voluntarily curb our freedoms, Ezzammoury shows us the need for optimism and the unshakable belief that freedom is worth fighting for.